What is a Training Needs Assessment? 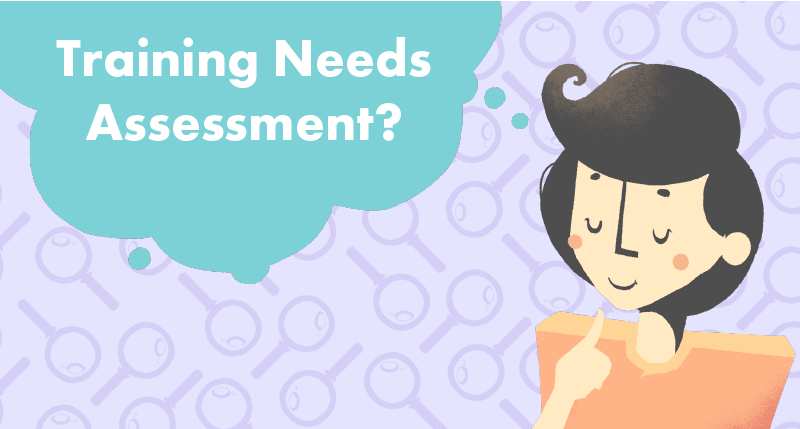 The training needs assessment, also referred to as "needs analysis" or "front-end analysis," is a process used by organizations to identify their human performance needs. A performance consultant typically conducts a needs assessment for an organization when they recognize that employees in a specific job group are not performing to the desired standard — especially when the organization's bottom line is suffering because of the performance issue.

The questions themselves are simple, but answering them accurately is the most important part of any performance improvement initiative. This is because the results from the needs assessment serve as the basis for all of the ensuing training and organizational change efforts.

Misdiagnosis during this stage will likely waste the organization's budget and their employee's time.

One day, the CEO of a major airline wanted to make sure that the airline's guests were having great experiences in the air. He purchased a flight to a nearby city, and when the day of the flight arrived, he disguised himself to avoid recognition and boarded the plane.

Once on board, he ordered a glass of champagne. The flight attendant brought him a small bottle of champagne and a plastic cup to pour it into.

What is this? thought the CEO. Why wouldn't she give me a champagne flute when I ordered champagne? These cups are for soda, juice, and water. This is unacceptable.

Wheels were turning in the CEO's head. He wanted the guest experience to be stellar, and for this to be possible, the flight attendants would need to pay the utmost attention to detail.

He called the airline's chief learning officer (CLO), told her about what happened, and suggested that they develop training for the flight attendants.

The training department designed a series of microlearning activities to help the flight attendants differentiate between wine glasses, champagne flutes, and plastic cups. They also partnered with an animation firm to produce high-end animated videos about the importance of attention to detail and the impact that it has on the guest experience.

Once the training was ready for deployment, they scheduled 2 hours on the ground for each of their 15,000 flight attendants to complete the training. 95% of them had completed it within the month.

Thoroughly satisfied, the CEO decided to schedule another undercover flight; he wanted to make sure that the training was effective.

"I'll take a glass of champagne, please," he said to the flight attendant after boarding the plane.

She returned with a small bottle of champagne and a plastic cup, just as the flight attendant had done months prior.

"What?" he asked, aghast. "This is champagne! Why didn't you bring me a champagne flute?"

"I'm sorry, sir, but we don't have any champagne flutes. These plastic cups are the only cups that we have on board."

Question #1: Why aren't employees performing at the desired level?

This issue plagues many organizations; company leadership decides that they need training to fix a human performance issue, but the issue is rarely a gap in knowledge or skill. The issues are often environmental, such as:

If the performance issue isn't caused by the work environment, then it's caused by a gap in the employees' knowledge or skill. The knowledge and skill gaps can be resolved with training, whether that be in the form of performance support, self-paced eLearning, or face-to-face role playing. The performance consultant or intervention specialist recommends delivery methods based on the organization's specific needs.

Answering Question #1 pinpoints the issues that are causing the human performance problem(s). Once the performance consultant or analyst has documented the barriers to performance, they propose potential solutions. Which brings us to the next question...

Question #2: What will help employees perform at the desired level?

In answering this question, the performance consultant and organization stakeholders determine how to eliminate the barriers to performance. It's also important to note that the potential solutions depend on the type of human performance issue that needs to be resolved. These issues are either environmental, knowledge-based, or skill-based.

If the issue is rooted in the environment where the employee works, then the following solutions may be appropriate:

If an issue is purely due to employees' lack of knowledge, then the solution is likely one of the following:

If the performance issue exists because the employees don't have the necessary skills to perform at the desired level, then they often lack knowledge, too. The best approach to resolving this type of issue is to give the employees realistic practice opportunities, provide performance supports that they can access at the point-of-need, and facilitate informal learning.

Arriving at Clarity and Confidence

When an organization invests in conducting a needs assessment to answer these questions, they end up with a clear road map listing the performance issues and how to resolve them.

This empowers the organization to make an informed decision about how to improve their performance moving forward. It also gives them confidence that the ensuing organizational change efforts are rooted in facts, resulting in a higher likelihood of the proceeding efforts' success.

The alternative to conducting a thorough needs assessment — which is blindly pushing training at the issue or ignoring it altogether — is unlikely to evoke any positive behavioral changes or organizational improvements.

Let's imagine that when the airline CEO was handed that plastic cup, he instead decided to dig deeper into the issue. Perhaps he asks the flight attendant why she didn't bring him a champagne flute and realizes that there aren't any on board.

He follows up by speaking to the airline's in-flight stocking specialist to get every flight stocked with plastic wine glasses and champagne flutes. Once the logistics are worked out, they send an email broadcast to all flight attendants introducing the new glasses and how to differentiate between them.

Do you think that the CEO received a champagne glass the next time he ordered champagne on one of the flights? We cannot say for sure, but this intervention is much more likely to succeed than delivering training videos without addressing the core need (a lack of champagne flutes on board the flights).

This is clearly an oversimplified example. Real performance improvement initiatives must be tied to clear business goals, and the performance issues are almost always multifaceted.

Needs assessments tell us why employees aren't performing at the desired level and how to help them get there. This analysis sets a clear path for all ensuing performance improvement efforts, such as making changes to the work environment, providing performance supports, or delivering training.

By diagnosing the issue before prescribing a solution, performance consultants and instructional designers can ensure that their training efforts are in response to the real performance issues at hand.

View the Full Guide to Become an Instructional Designer. 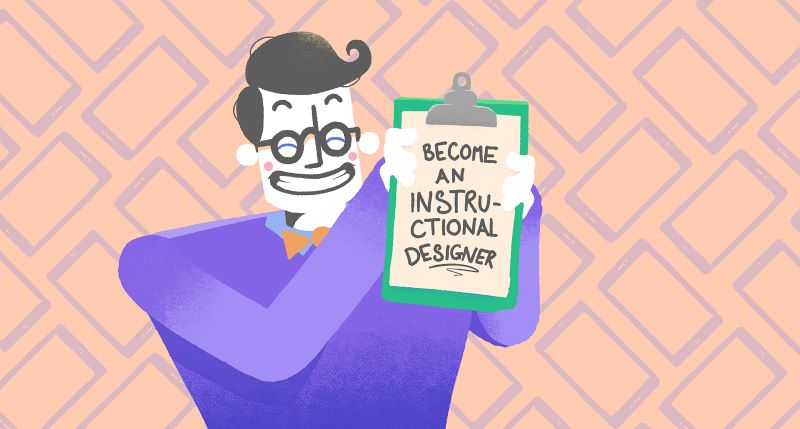 How to Become an Instructional Designer in 2022 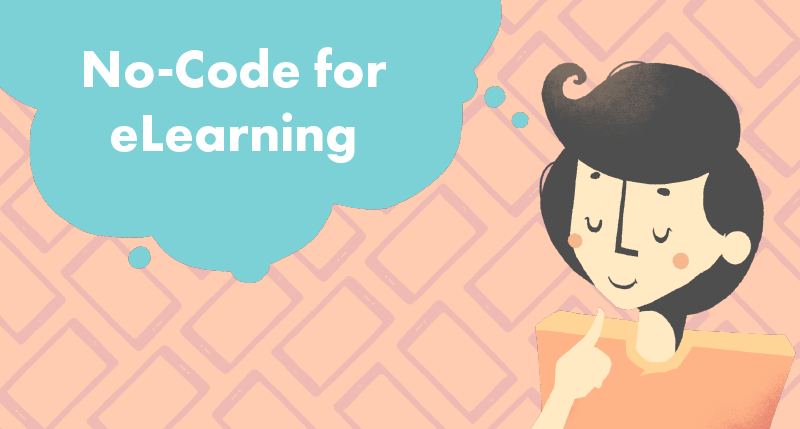 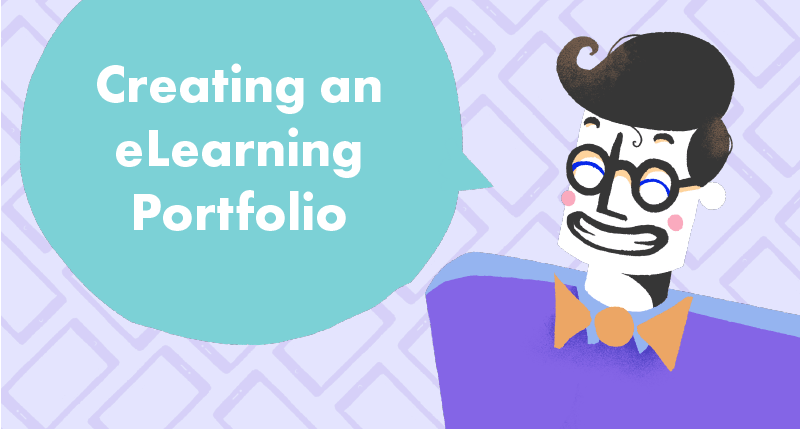 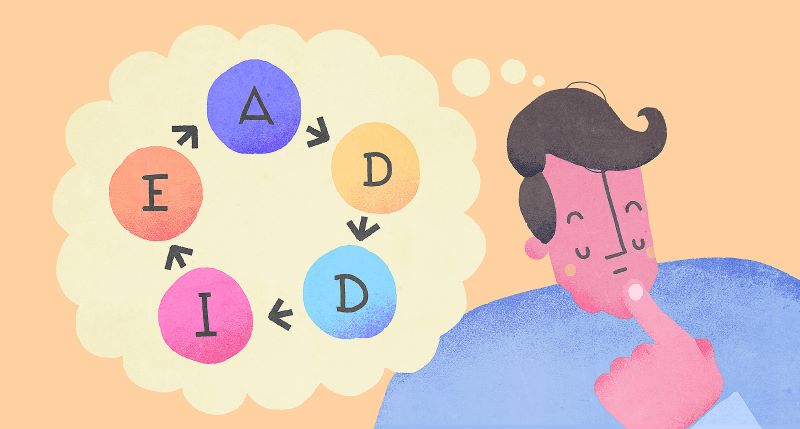 The ADDIE Model of Instructional Design

Attend exclusive live events, chat with thousands of instructional designers, and be the first to know about my new content. Sign up below and you're in. It's free!